Following our first article on classic matchbook art, we couldn’t resist showcasing even more wonderful examples to our readers here at Dark Roasted Blend. Here’s another look at some of the most fascinating matchboxes and match covers from years gone by, from around the world. 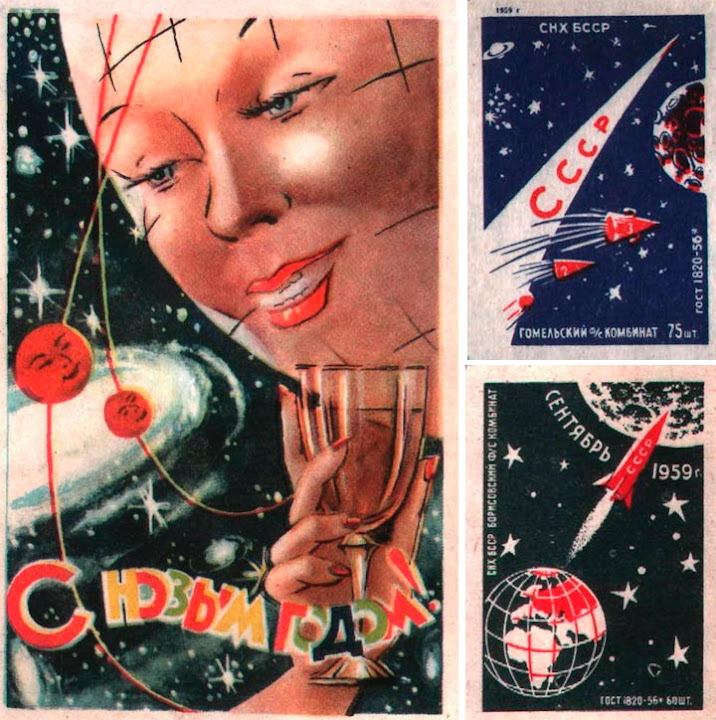 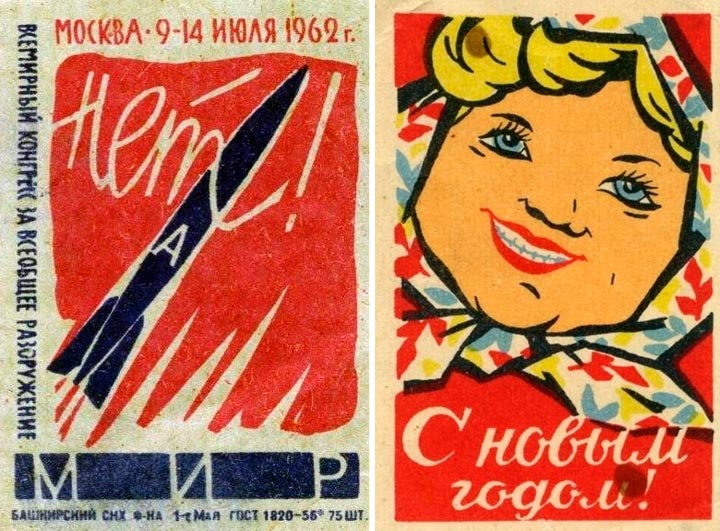 “Flies are your enemy. Kill them without remorse!” (left). The dangers of alcohol are decried on the right:

Soviet labels gave some helpful advice: “Enough Drunkenness!” and “One bottle of milk neutralizes the poisonous effect of three cigarettes!”: 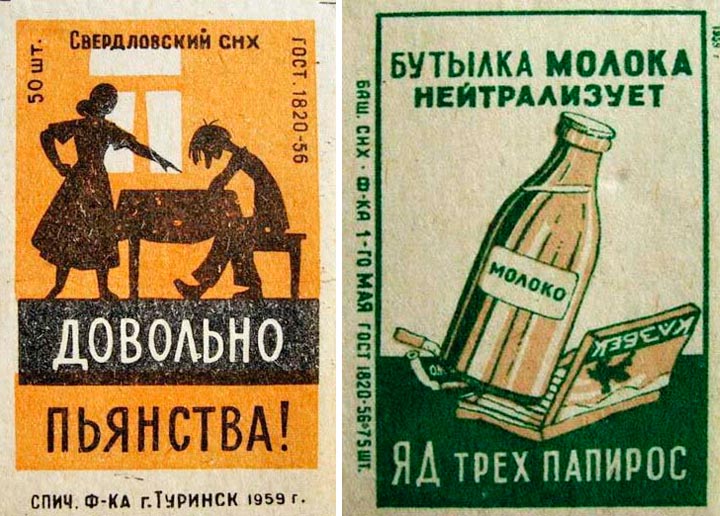 Although it depicts scenes from Paris’ Moulin Rouge, this match cover is actually from Italy: 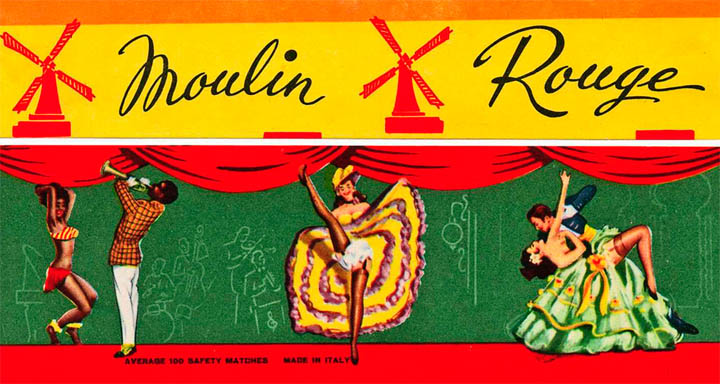 Here’s a couple from the USSR, commemorating Soviet achievements in space exploration. Luna 2 was the second spacecraft launched toward the moon by the Soviet Union in 1959 (left). The one on the right appears to be a celebration of orbiting satellites: 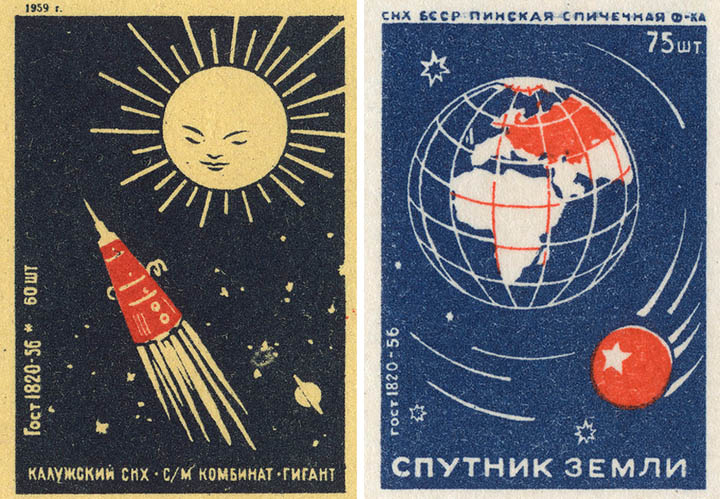 Hmmm… did they spell “science” wrong? – 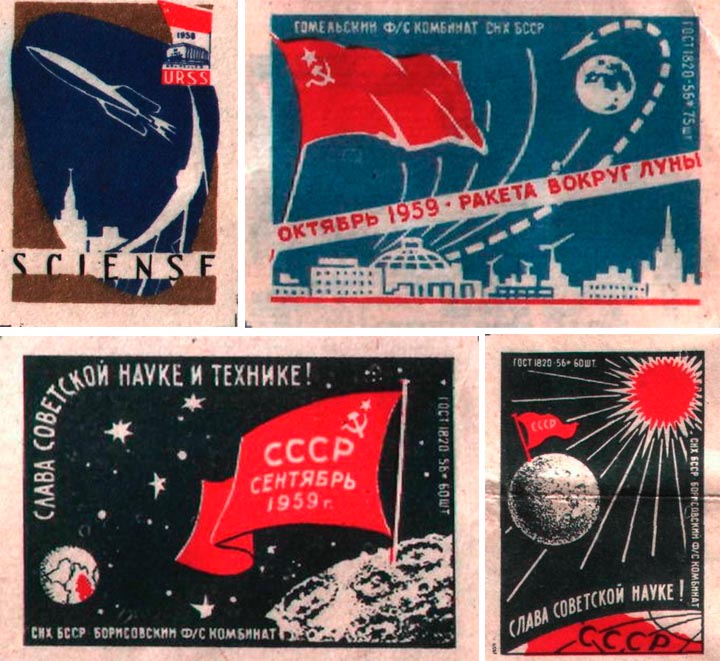 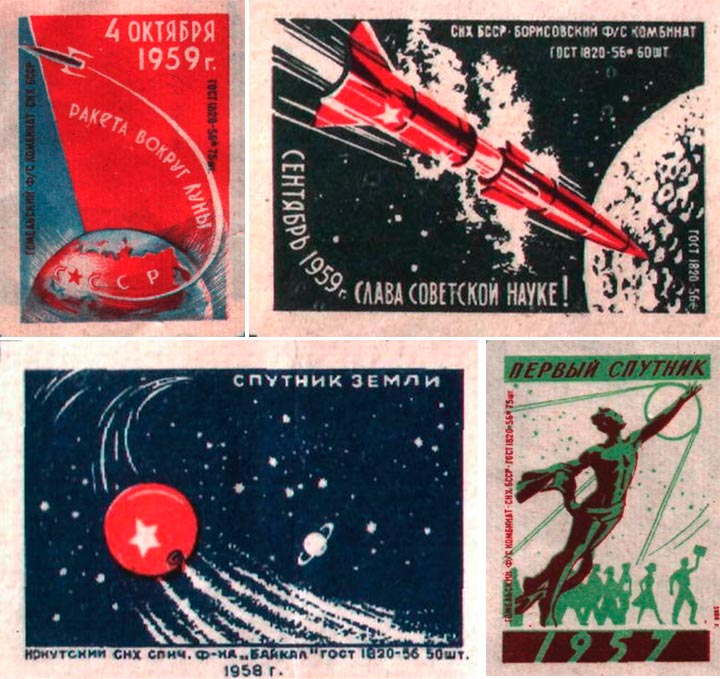 These ones feature Soviet warships and rockets during the Cold War:

Soviet labels warned against the dangers of falling leaves on the road… and crossing tracks ahead of the train: 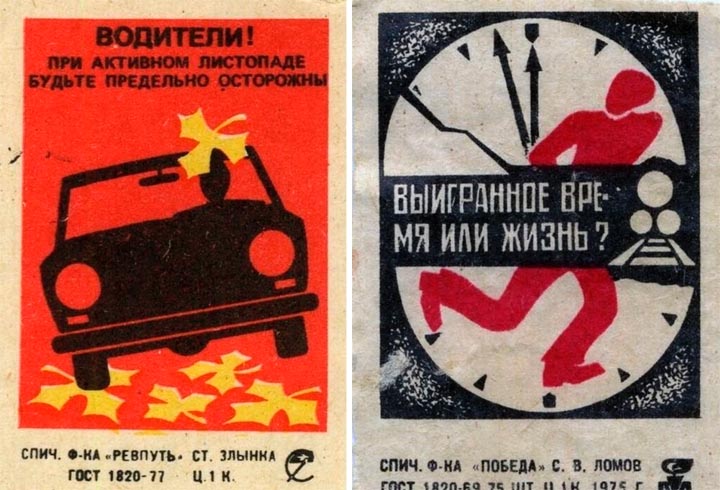 “Do not use home-made tubs to swim in” (left) and “poisoned water kills fish” (it does, indeed): 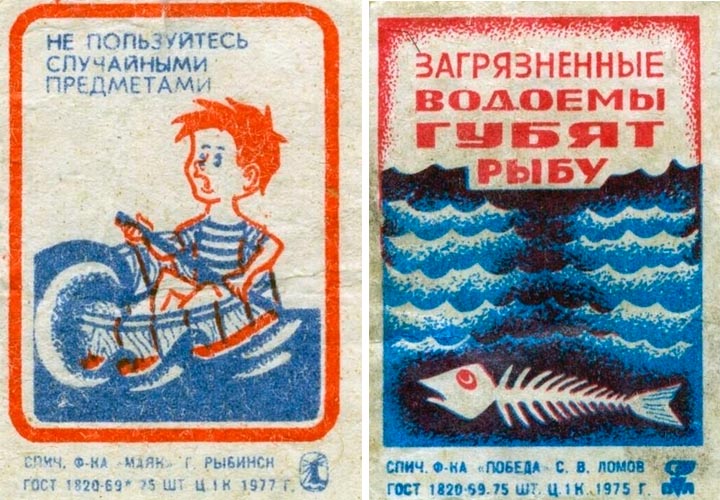 This Czech sausage is so good, even a normally herbivorous rabbit appears determined to eat it! – 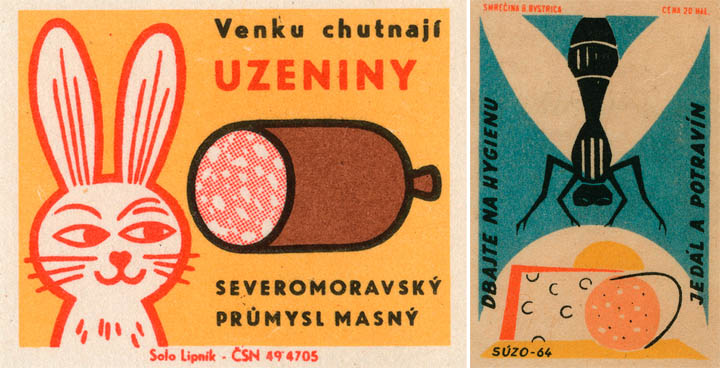 Here’s another Czech label, advising children of the dangers of playing in the road (left)… while this Czech label reminds people of the perils of alcohol (right): 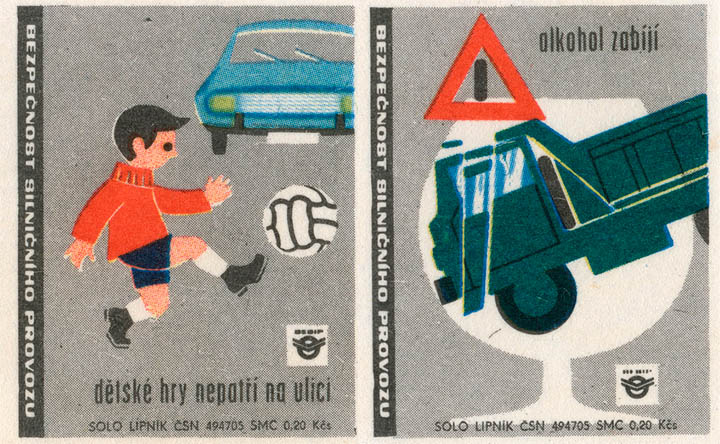 How could any German cat, or indeed any nationality of feline, resist following this fisherman? (left): 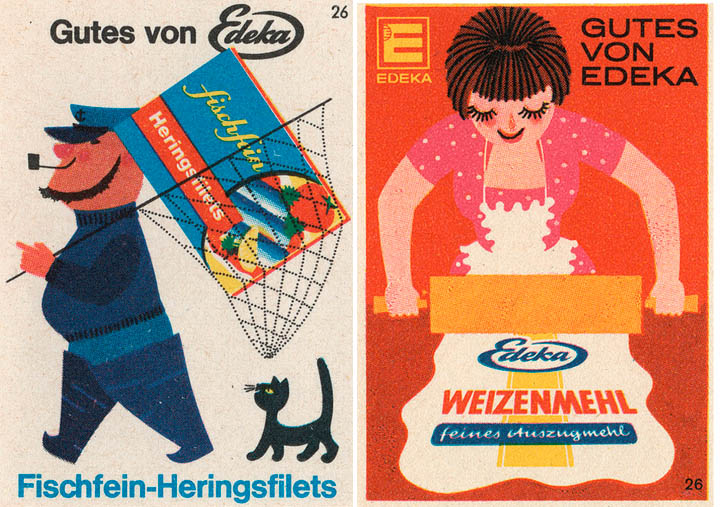 This Japanese label features a tiger with a wool spinner known as a swift (left)… Right image: maybe no one asked this tiger if he wanted to pose for a matchbox label? –

Here’s a monkey riding on a deer, very weird… and on the globe:

This strange label from Finland is actually advertising pajamas: 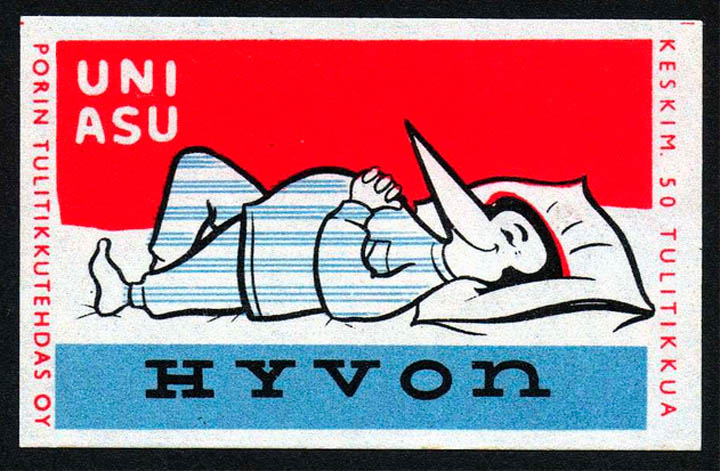 This circus themed one from Russia dates from 1960 (left):

Here are some great designs from Japan. This bicycle built for five is from 1910 (left). The one on the right dates from the same year:

This very striking dragon design was created in 1920 (left). On the right are “Thumbs Up!” dragons –

This playful elephant on a seesaw appeared in Japan in 1935 (left). On the right: just in case you needed instructions that matches could be used to light a cigarette:

Indian label, showing black cat leaping through the yellow circle (left)… “Golden Eye” on the right is not a poster for James Bond movie, of course (but certainly looks very stylish):

Some strange ones from Thailand, including Felix the Cat and Charlie Chaplin:

This winged horse label was made in India: 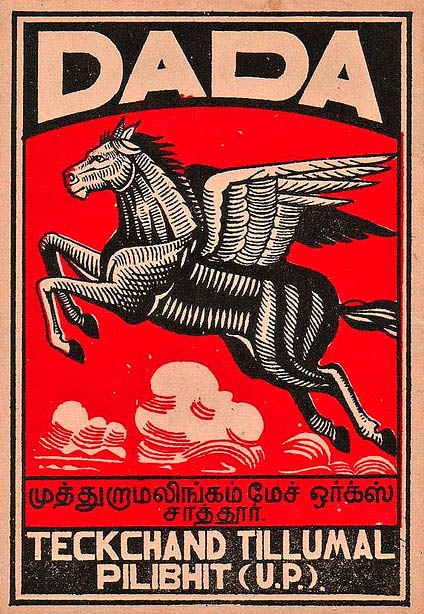 The Rocket Match company operated in Saudi Arabia many years ago: 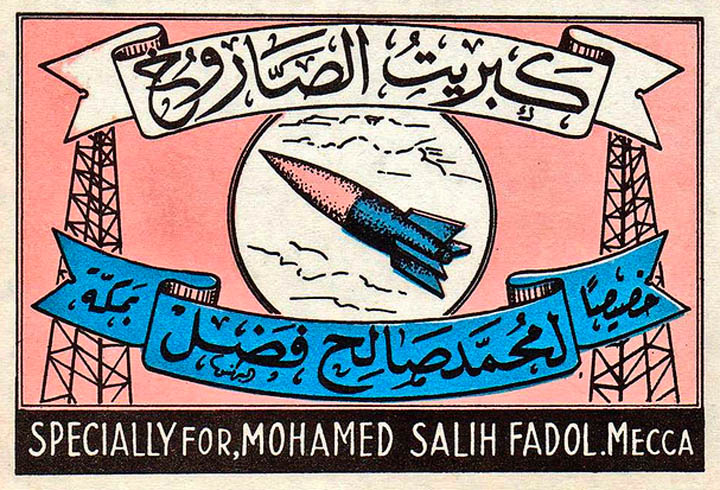 And finally, the one we like the most: “Let’s Breed Rabbits! It’s Never Boring, Very Useful and Profitable!”: 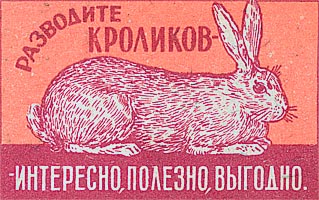